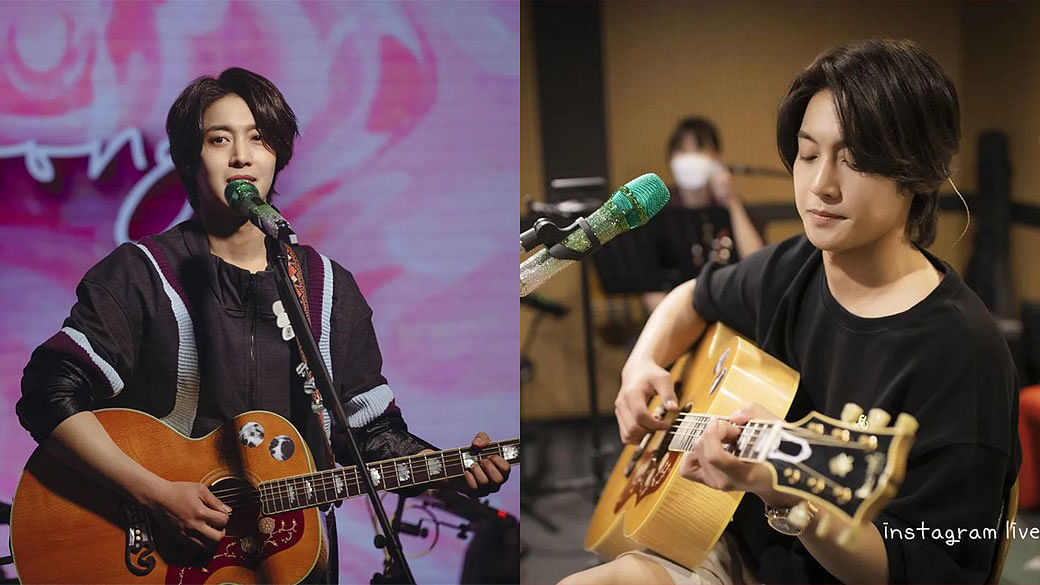 Early fans of K-pop would remember heartthrob Kim Hyun-joong, a former member of boyband SS501, and also one of the stars of the hit K-drama Boys Over Flowers.

Despite being one of the most popular idols back then, the actor-singer seemed to have laid low in the last few years after news of his alleged assault on his ex-girlfriend broke in 2014.

So, what has the 36-year-old been up to? Fans now finally have an answer as Hyun-joong made an appearance on Inookase’s YouTube video and spilled the beans.

For starters, the former boyband member is now happily married to his non-celebrity girlfriend. Although the couple registered their marriage, they did not hold a ceremony due to the pandemic, reported Soompi. Hyun-joong also told his fans about his marriage during a concert in February 2022.

In the video, posted last Friday (June 10), Hyun-joong shared his thoughts on his fans’ reactions to the marriage announcement.

He said: “The fandom started when I was an idol, they didn’t look at my musical abilities or anything like that. While watching TV, they liked the feeling they got, which is why most of them became fans.

“But going through the ups and downs of life, the fans left now are the ones who understood that and still stayed, so I sort of knew that they’d understand that too. I haven’t performed after that so I don’t know how things may have changed, but I believe it’s going to be the same.”

When asked about why he hasn’t been as active in the entertainment scene, the singer said that he’s been doing band music, something which has only recently become “mainstream” in Korea.

“It’s not like I can do a live [performance] on a music show, and I can’t go on an entertainment show and make people laugh. The public is still probably a little wary [of me], and if I try to be funny, it feels like that’d make me seem like a flaky person. I’m being careful.”

He added: “My day job now is to go abroad and do performances. I was very active, internally I was very active [with] my musical activity, but people don’t know [me] beyond celebrity Kim Hyun-joong.”

Delving deeper into his reluctance to make a public appearance, he said: “The reason I’m scared of going on TV is because they’ll ask about the truth of what happened. It was unjust, I was wronged, I don’t like myself doing that either. I was also in the wrong, although it was revealed to be a false accusation. I do have moral responsibilities… now I also have a family to protect, I have that much more responsibility.”

That being said, it seems like things are about to change, as Hyun-joong revealed that he has a new album coming out in August.

“I think the second chapter of my life will start in August, [where I can] live doing what I want, so I’ll probably be more active starting this year.”

This article was first published in AsiaOne.