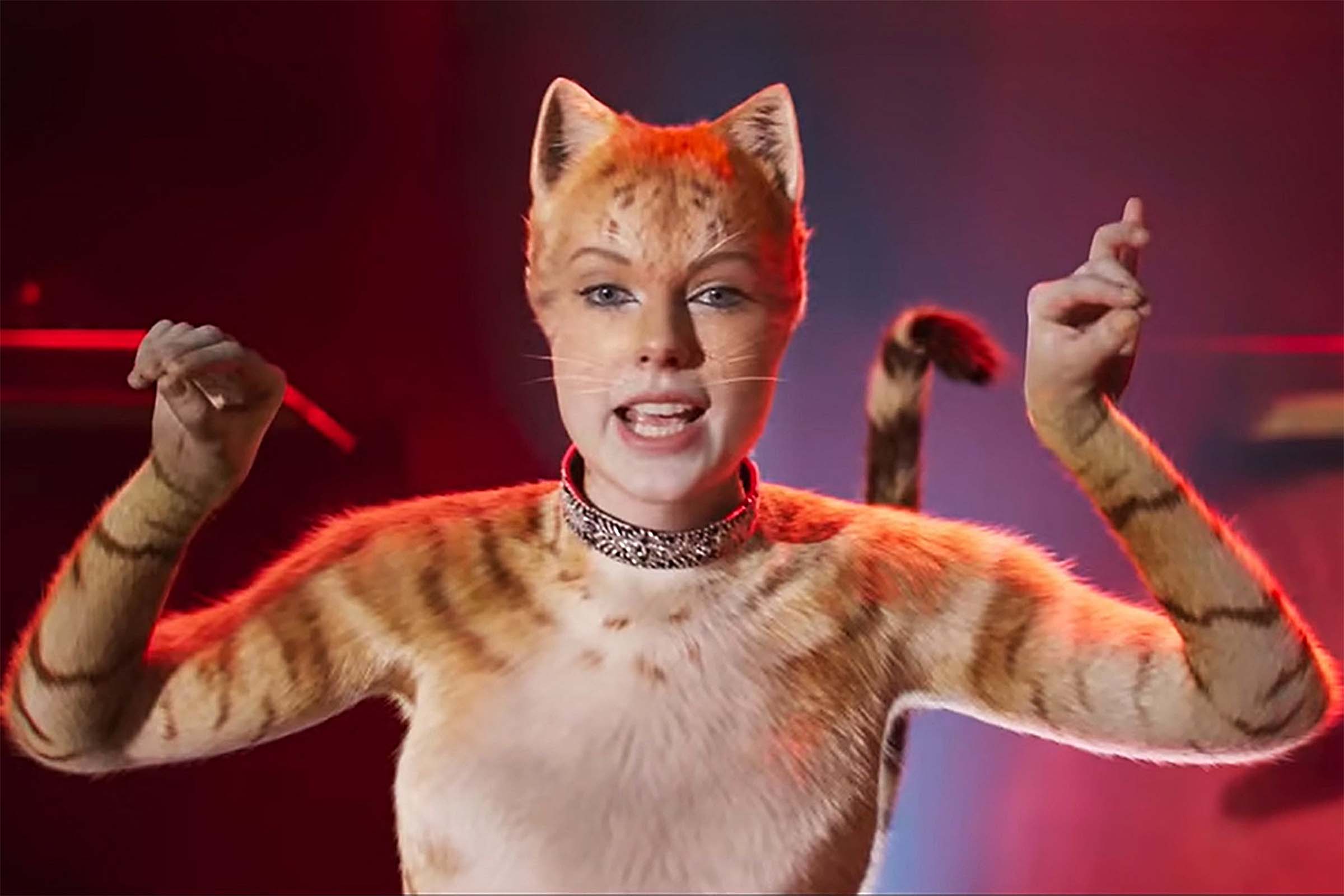 You can expect RONE’s set at Songbyrd on June 23 to be as much a visual and physical experience as an auditory one. At each of his live gigs, mixers and samplers are set up around the Parisian electronic artist like lab instruments around a mad scientist. Erwan Castex, a gangly, bespectacled man, hunches over them as he plays, head bobbing and elbows jutting out as he turns dials with his entire body. From this merging of man and machine comes reverb-heavy, crystal-high melodies over thick layers of sub-melodies and bass. The music emulates what it might feel like to drive on a real-life Rainbow Road—euphoric and explosive. RONE’s tracks range from EDM to pure electronic—at one moment you’ll find yourself jumping around, full-body, at another swaying pensively in place. RONE’s latest track, a Daniel Avery remix titled “Ghosts,” is unmistakably Euro, a pulsing EDM beat offset by an ethereal melody overtop. Castex turned heads early on, garnering support from groups like Massive Attack with his first EP in 2008. Since then, he’s come out with six albums, worked with The National, Saul Williams, and Etienne Daho, and created music for several movie soundtracks. He’s become a fixture in France’s electronic music scene. And his D.C. show with Brooklyn-based EDM duo Bottler is sure to satisfy any weeknight dance cravings. The show starts at 7 p.m. on June 23 at Songbyrd Music House, 540 Penn St. NE. songbyrddc.com. $20–$25. —Dora Segall

The Smithsonian Folklife Festival has returned to the National Mall after a two-year absence due to the pandemic. Kicking off June 22, this year’s daytime themes are “United Arab Emirates: Living Landscape, Living Memory” and “Earth Optimism x Folklife: Inspiring Conservation Communities.” The UAE exhibits include presentations on falconry, Bedouin desert cooking, pearl diver songs, and henna designing. The Earth Optimism section features displays on restoring oysters to the Chesapeake Bay and farmers discussing species protection. This year’s free event, designed to reach tourists and locals alike, also features a series of evening concerts that—for the first time ever—will be broadcast on YouTube. The evening gigs are impressive. On June 23, longtime D.C. go-go band EU, featuring Sugar Bear, plays after Dubai-based band Noon opens. Friday night, June 24, offers Alice Gerrard’s old-timey folk and bluegrass paired with Leyla McCalla’s blend of Haitian and Louisiana Creole stringwork. Saturday night, June 25, the fest pays tribute to Puerto Rican plena percussionist and community leader Héctor René “Tito” Matos Otero who died in January at age 53. The homage features a who’s who of the drum-led genre including New York City-based Los Pleneros de la 21. Unlike previous Folklife Festivals, which often had three or four themed exhibits sprawled across the Mall, this year’s more limited geographic space will again comply with the 2014 agreement with the National Park Service to preserve the pristine grass along the Mall. Folklife Festival Director Sabrina Motley tells City Paper that the fest must be creative within those bounds. Over the years, the Folklife Festival has partnered with other entities to finance the annual proceedings, but this year’s event sponsors may have some observers shaking their heads. The UAE program will be largely financed by the United Arab Emirates. In January, Human Rights Watch reported on new laws in the country that continue to limit freedom of expression, stating, “Since 2011, UAE authorities have carried out a sustained assault on freedom of expression and association, arresting and prosecuting scores of independent lawyers, judges, teachers, students, and activists, and shutting down key civil society associations and the offices of foreign organizations, effectively crushing any space for dissent.” Meanwhile, the Conservation portion of the festival is being financed, in part, by Ford Motor Company and United Airlines. Motley says the festival, which started in 1967, does not have its head “buried in the sand” regarding these issues, and that the festival will be spotlighting cultural vitality that exists despite any governmental and corporate restraints. Within those structures, attendees will find music, food, art, and science activities that spark joy during these dog days of summer. The festival runs June 22 to 27 and June 30 to July 4 on the National Mall between 7th and 12th streets. Daytime programming runs from 11 a.m. to 6 p.m. daily; special evening events begin shortly after. festival.si.edu. Free. —Steve Kiviat

Glenn Frankel first saw Midnight Cowboy more than 50 years ago. He was living in the same New York depicted in John Schlesinger’s 1969 film—an angry, gritty, difficult city in a nation roiling from the Vietnam War and the assassinations of Dr. Martin Luther King Jr. and Robert F. Kennedy. The bleak, then-X-rated story of two hustling outsiders moved Frankel to tears (although, he admits, that’s not a totally unusual occurrence). At its core, he tells City Paper, one of the “most groundbreaking” movies of the New Hollywood era is “about two vulnerable people coming together just to survive.” In March 2021, Frankel, a Pulitzer Prize-winning journalist and author, published Shooting Midnight Cowboy: Art, Sex, Loneliness, Liberation, and the Making of a Dark Classic. It’s a sort of spiritual follow-up to his bestselling deep-dives on The Searchers and High Noon, except this time the film has a bit more contemporary resonance. Jon Voigt and Dustin Hoffman play sex worker Joe Buck and con Enrico “Ratso” Rizzo, and after meeting on the streets as two desperate people do (the latter rips off the former), Midnight Cowboy follows the unlikely pair from their shared room in a condemned building to a tragic last-ditch bus ride to Florida. It’s a bleak film, Frankel acknowledges, but after multiple viewings, it’s easier for him to focus on the costumes, the music, and the actors’ expressions, especially if he’s watching in a cinema. “It’s designed to be seen that way,” he says. “It’s nowhere near as emotionally engaging on a smaller screen.” After so many years of watching, it’s the relationship between the two men—and the struggle for human connection that it represents—that keeps Frankel coming back. Even after all this time, he continues to appreciate Midnight Cowboy: “I didn’t know how rich it would prove to be.” Midnight Cowboy screens at 5:30 p.m on June 25 at AFI Silver, 8633 Colesville Rd., Silver Spring. The 113 minute-film will be followed by a Q&A and book signing with Frankel. silver.afi.com. $11–$13. —Amy Guay

Ready, set, sample! At Loop Sessions DMV, local beat-makers get the chance to network and flex their skills in a one-of-a-kind music production challenge: five minutes to sample what they can from a pre-selected record crate, then just a few hours to flip it into an original track using the equipment of their choice. LSDMV kicked off the monthly event series (hosted by local MC Bliberation) in the winter of 2021, originally as a stream through Instagram Live and Twitch; Saturday’s session at The Village will be the inaugural in-person edition. That means they’re no longer all-digital, but with an as-yet-unrevealed crate curated by producer and DJ Baltimega, the new LSDMV promises to be every bit as electric. The D.C.-based chapter is just one of many in an international Loop Sessions network that was founded in 2016, bridging artists in Montreal, Paris, Namibia, L.A., and beyond. In its first year, LSDMV wasted no time taking up the mantle, quickly becoming a genre-agnostic nexus for camaraderie, collaboration, and most of all, memes, with every month offering a fresh opportunity to get involved. Registration for Saturday’s event is no longer open to beat-makers, but attendance is free for anyone looking to witness the audio magic; the evening will wrap with a showcase of the day’s creations before each track is posted to the LSDMV SoundCloud. Attendees are asked to register via Eventbrite, and those who wish to support the LSDMV organizers can donate via Venmo. Loop Sessions DMV: The Inaugural Live Edition runs from 2 to 7 p.m. at The Village DC, 1272 5th St. NE. instagram.com/loopsessionsdmv. Free. —Taylor Ruckle

When I saw Tom Hooper’s adaptation of Andrew Lloyd Webber’s Cats in December 2019, three people walked out during “Rum Tum Tugger,” and I couldn’t blame them. While the movie musical was widely coughed up like a hairball, the experience has since become a cultural badge of honor, a Fear Factor challenge for the cinematic masochist. Now, after the infernal everything of the past two years, this cultural touchstone that once seemed like the end of civilization as we know it now seems benign enough for cosplay—ironic cosplay. Alamo Drafthouse is playing along in earnest, throwing a Cats party and offering “cat ears to make you feel like an honorary Jellicle” (that’s a breed of cat in Cats) and “rattle mice to shake like a maraca.” But behind this innocent feline invitation lies the clear expectation that the event will turn into a drunken hate-watch, promising, “some cockroaches to dance around like when Jennyanydots sings her song.” After two years of pandemic isolation, don’t we deserve as much? To joke about vermin and be thankful that we can flex our snark-infested muscles again, wearing adorable fuzzy ears and pretending to dodge dancing insects? If that’s not worth the price of a movie ticket and a beer, I don’t know what is. And, if by some chance, “Skimbleshanks the Railway Cat” doesn’t make you want to poke your ears out and wish that music had never been invented, bless your sincere, furry hide. Cats Party starts at 7:30 p.m. on June 27 at Alamo Drafthouse, 630 Rhode Island Ave. NE. drafthouse.com. $17.22. —Pat Padua

In the mid-2000s, bands like Arcade Fire and Radiohead brought an artistic vigor back to rock music. Man Man was a member of that same cohort but gets left out of the conversation, maybe because they’re mostly remembered as the novelty act who would don ZZ Top-esque beards and pound on xylophones. But there’s more to them than that. Man Man is the strangled laugh that dies in your throat after someone tells you something so bottomlessly sad that, at first, you figure they must be joking. Often compared with Tom Waits and Nick Cave, Man Man was founded by Ryan Kattner in Philadelphia in 2003. Their 2011 album Life Fantastic elevated them from quirky-dudes-that-open-for-Modest Mouse to a creative force in their own right, one that delighted in iconoclastic compositions (Kattner once said that he would “rather have someone breaking dishware than another fucking solo in a blues scale”) and macabre gore. (In “Haute Tropique,” Kattner muses about the different ways human corpses can be made into home furnishings.)  Soon after, Man Man fell off the grid for nearly a decade. Now they’re back, with Kattner, the only original member left, looking a bit like Jackie Daytona from What We Do in the Shadows. Their 2020 album, Dream Hunting in the Valley of the In-Between, was released during the height of the pandemic, so Man Man didn’t initially have the chance to tour in support of it. In a big way, the 2022 tour, stopping at Union Stage on June 29, is the Valley of the In-Between seeing the light of day for the first time. The show starts at 8 p.m. on June 29 at Union Stage, 740 Water St. SW. unionstage.com.  $18. —Will Lennon