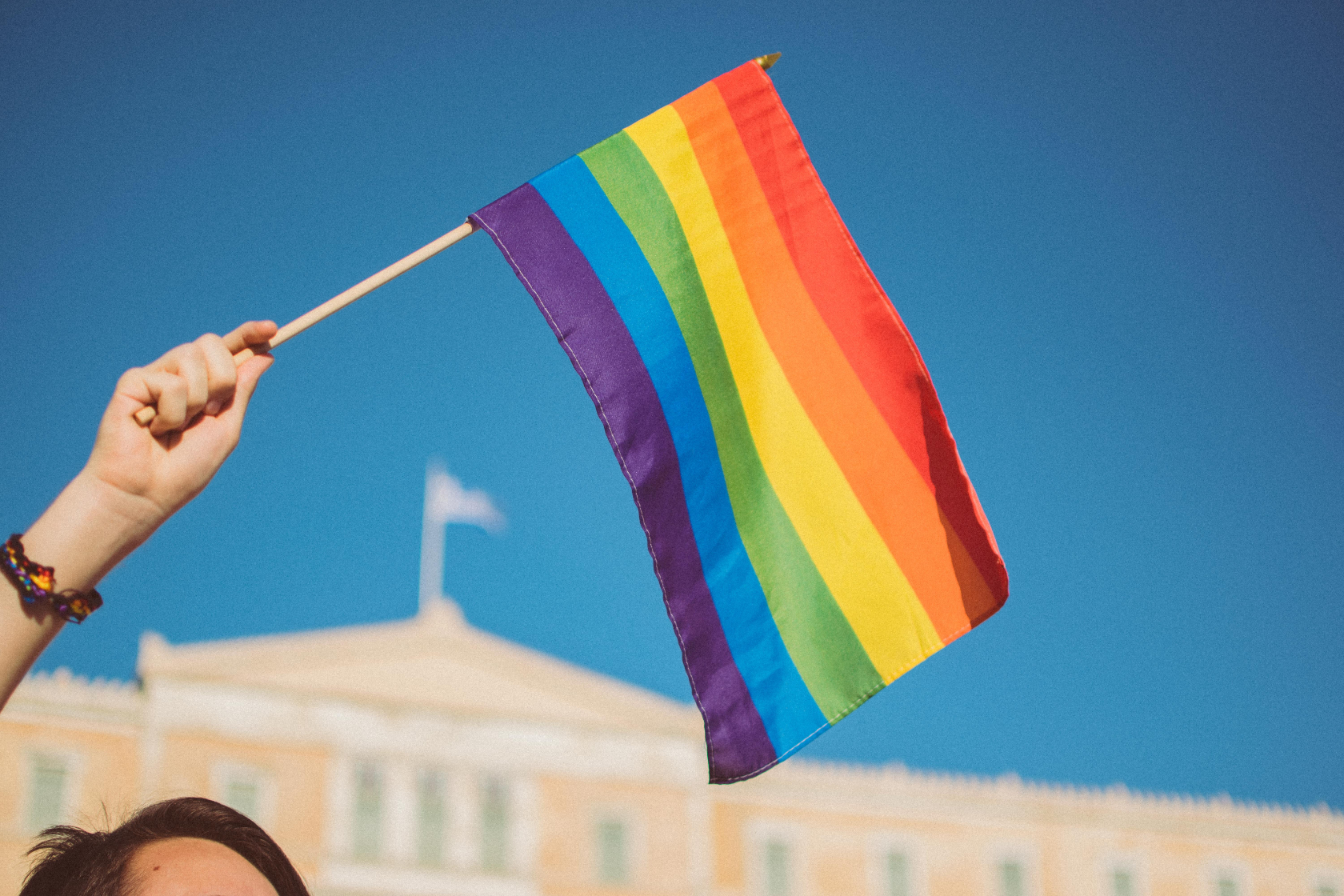 A few years ago, a group of friends in Arlington had a realization: the county they called home didn’t have its own Pride celebration.

“It just seems to be the natural fit, because every other area around Arlington has a Pride,” says Lindsey Hinton. D.C.’s Capital Pride is nearly 50 years old; in Northern Virginia, Alexandria launched an event five years ago, and others have popped up in Reston, Merrifield and other places.

But despite there being smaller neighborhood or school celebrations, Arlington still lacked its own countywide Pride event. “So we said, ‘Well, no one’s going to do it. We’ll just do it,’” Hinton says.

The stars felt aligned. Hinton, along with fellow Arlington residents Adonis Ajayi and Kymberli Moore, had some experience planning events, and had recently started their own events company. They started talking with locals about the Arlington Pride idea.

“No one could tell us why it hadn’t happened before,” Hinton says. “We had knocked on all the doors to make sure that we weren’t stepping on toes.”

The stars fell out of alignment, though. Those initial conversations were years ago, to the end of putting on Arlington Pride in 2020. But the pandemic had other plans.

This year, they’re finally getting their shot. On Saturday afternoon in Gateway Park in Rosslyn, the group, now under the business name The Polished Kreative, will throw Arlington County’s inaugural Pride celebration. The event will feature food, drinks, music, a drag show, resources for LGBTQ+ youth and their families, information for allies, and even a space for attendees’ dogs.

The park will be divided into sections to provide attendees with different experiences, according to Hinton.

The team decided against holding the Arlington event on the same weekend as Capital Pride. D.C.’s annual celebration is always a big draw, and it attracted thousands this year after two years of hybrid celebrations due to the pandemic.

“We were so proud of Capital Pride and what they’ve accomplished,” Hinton says. “We see them as mega giants.”

The point of Arlington Pride isn’t to recreate Capital Pride — it’s to give LGBTQ+ Arlingtonians a new space to feel represented and seen.

“There’s something about a hometown event that just resonates a little differently than, say, going to Alexandria or to Capital Pride,” says Hinton, who has lived in Arlington for 15 years. Ajayi and Moore, too, are longtime residents of the county.

A big part of their vision, Hinton says, was creating an event in Arlington that felt truly intersectional.

“We’re all queer and we’re all POCs [people of color],” she says. “We wanted something that represented us in this community … so we created a lane for ourselves.”

Hinton is especially hopeful the event will reach and support youth and their families.

“I’ve always known that that was my path in life to just keep opening doors,” she says. “Seeing yourself in something is such a huge thing. I don’t think I’d be where I am if I didn’t have the quality representation of other Black women doing extraordinary things.”

“I want that for the gay community,” she adds.

LGBTQ+ people, especially youth, have come under renewed attacks from conservatives in the past several years, with political controversies erupting in Northern Virginia schools over books by LGBTQ+ authors, inclusive policies for transgender students, and more. Nationally, the conservative backlash has been even more extreme, with threats of violence narrowly thwarted at a pride celebration in Idaho and state legislatures banning teachers from talking about LGBTQ+ people or their history in classrooms.

Hinton and her fellow organizers are undeterred by that context — in fact, they feel it makes their work to create a space for people to celebrate and lay down their burdens all the more necessary.

That sense is heightened by the organizers’ own experiences as queer people of color, she says.

“Having pushback and being in a space where someone feels like we shouldn’t be in a space has been something we’ve been living with all of our lives,” Hinton says. “So we are very well versed in that. And because we are, we don’t make any decisions out of fear.”

Hinton says her team have been overwhelmed by the “outpouring of positivity” from community members and local elected officials. Arlington County Board Chair Katie Cristol will present a proclamation in recognition of the celebration on Saturday.

Arlington Pride will be a first for the county — and also a first for Hinton herself, who didn’t come out until later in life. She’s never been to a Pride celebration herself, though she says she’s always worked in gay bars.

“I’ve been to a lot of parties but nothing that was ever specific,” she says. “I feel like I did that because I wasn’t ready.” But now, she is — and she’s also ready for her fellow Arlingtonians to come celebrate and uplift their LGBTQ+ neighbors.

“If you’re on the planet, this somehow affects you,” she says. “Either you are gay or you know someone that’s gay.”