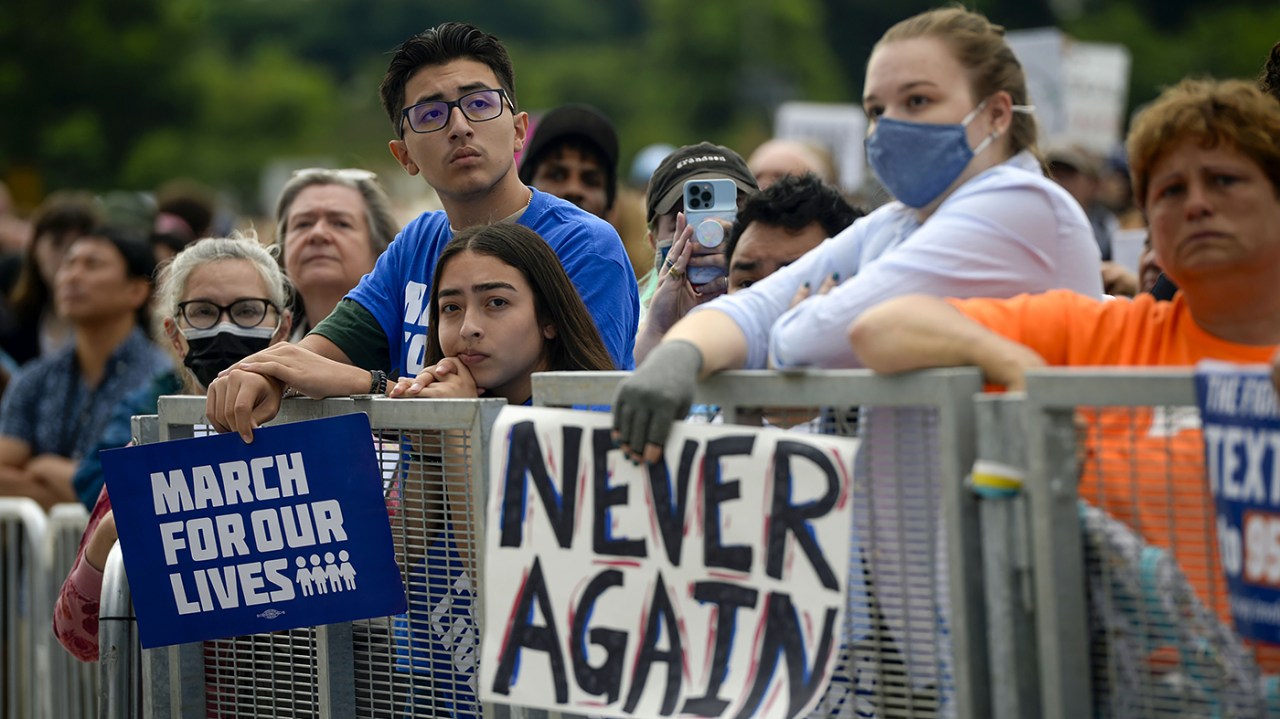 Gun control groups denounced Thursday’s Supreme Court ruling that struck down a New York law restricting concealed carry permits outside of the home, arguing that the decision is out of step with the public and will cost lives.

“It’s dangerous, and it’s out of touch with the bipartisan majority of U.S. senators who just voted to advance major gun safety legislation for the first time in 26 years,” he continued.

Tirschwell said the ruling makes it “even more clear” that Congress needs to pass the recent bipartisan deal on gun safety legislation.

The package, which appears poised to pass the Senate later this week, would send millions of dollars to states to implement red flag laws, close the so-called boyfriend loophole and require a review of juvenile records for gun purchasers under 21.

The Senate voted to advance the bill earlier on Thursday, overcoming a filibuster.

But some legal experts are now questioning whether some of the bill’s provisions would survive legal challenges under the same logic as Thursday’s ruling. The majority of justices struck down the New York law because they argued it was not consistent with the “historical tradition” of gun regulation.

Esther Sanchez Gomez, a senior litigation attorney at Giffords, said justices had thrown out arguments made in the case of historical statutes regulating public carry to protect against terror.

“The majority selectively chooses what historical context is relevant,” she said. “While it has no problem asserting that the Second Amendment covers modern weapons, It rejects every piece of historical context if it’s not to support the opinion’s outcome.”

But Gomez and other gun control advocates on Thursday’s call cast off concerns that the ruling could eventually strike down the bipartisan gun safety legislation.

“I believe what the Senate is considering and hopefully will be passing today is clearly constitutional, even under the Bruen standard,” said Jonathan Lowy, chief counsel at the Brady Campaign.

He said that the six justices “invented” a right that has never existed in the country’s history.

“The court is hell-bent on making the Second Amendment into a super right that can trump all other rights,” Lowy said. “That is madness. This decision is radical judicial extremism at its worst, and Americans will die as a result.”

That sentiment was shared by other gun control advocates, who repeatedly said Thursday’s ruling would lead to more deaths.

“I’m here because today the Supreme Court released a decision that will kill young people,” said Yvin Shin, a legal associate at March for our Lives.

She said the group, which formed following a mass shooting at a high school in Parkland, Fla., had filed an amicus brief in the case detailing stories of young people impacted by gun violence.

“The court today overturned 100 years of settled law,” Shin said. “It has demonstrated once again that this Court is an undemocratic political animal, one that is not interested in moving with public opinion with settled constitutional jurisprudence or in protecting the lives of children.”