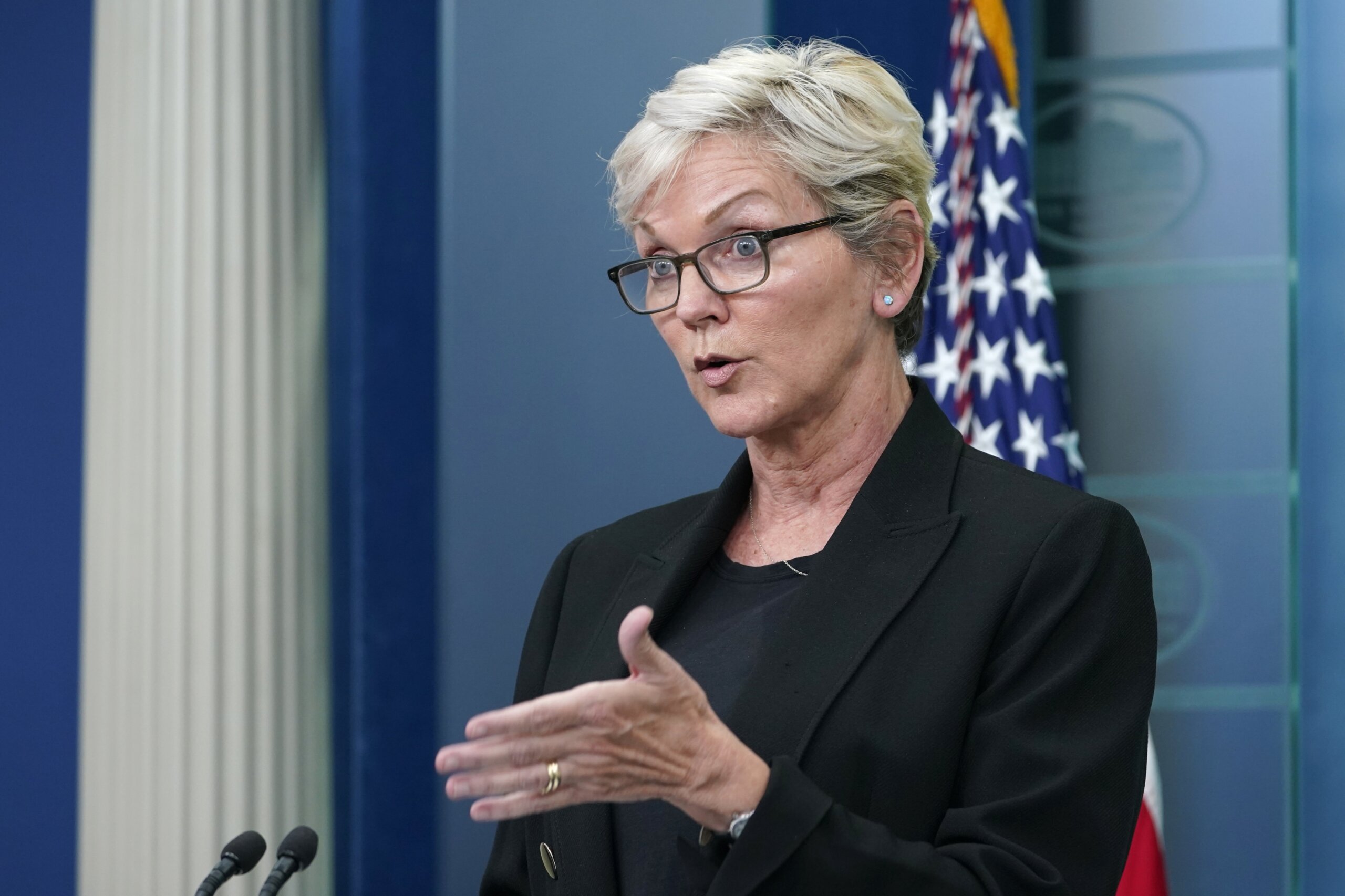 The closed-door meeting came as President Joe Biden called on Congress to suspend federal taxes on gasoline and diesel fuel as a way to relieve high gas prices that have frustrated drivers and spurred inflation. The Democratic president also called on states to suspend their own gas taxes or provide similar relief, and he delivered a public critique of the energy industry for prioritizing profits over production.

“It doesn’t reduce all the pain but it will be a big help,” Biden said Wednesday, referring to the national average of $5 per gallon for gas. Biden said he was doing his part and now wants Congress, states and industry to do their parts as well.

In a joint statement, the American Petroleum Institute and the American Fuel & Petrochemical Manufacturers said the meeting with Granholm “should send a positive signal to the market that the U.S. is committed to long-term investment in a strong U.S. refining industry and aligning policies to reflect that commitment.’

Challenges facing their industry are complex, the groups said, from Russia’s war in Ukraine to “market imbalances” leftover from COVID-19 shutdowns that led to reduced demand and production. “Our industry will continue to … work with policymakers to unlock American energy, fuel economic recovery and strengthen our national security,” they said.

In a separate statement, the Energy Department said Granholm reminded the oil companies and refiners that their customers, workers and communities “are feeling the pain at the pump because of Putin’s price hike,” a reference to Russian leader Vladimir Putin’s February invasion of Ukraine, which prompted a ban on Russian oil by the United States and many Western allies.

“At a time when Putin is using energy as a weapon, oil companies must deliver solutions to ensure secure, affordable supply,” the Energy Department said.

The meeting at the Energy Department included executives from Exxon Mobil, Chevron, Shell, Marathon and Phillips 66 and other large companies.

Granholm also “reiterated that the president is prepared to act quickly and decisively using the tools available to him, as appropriate, on sensible recommendations,” Jean-Pierre said. Biden has already released one million barrels of oil a day from the Strategic Petroleum Reserve and rallied allies to release their own reserves.

Chevron CEO Michael Wirth, who told Biden this week that the administration “has largely sought to criticize, and at times vilify, our industry,” was conciliatory Thursday.

“Today’s meeting was a constructive conversation about addressing both near-term issues and the longer-term stability of energy markets,” Wirth said in a statement. “We appreciate Secretary Granholm’s invitation to participate in the conversation, which was an important step toward achieving greater energy security, economic prosperity and environmental protection.”

Shell U.S. President Gretchen Watkins said she told Granholm that her company and others “have diminished refining capacity because we’re busy converting century-old assets to produce biofuel,” such as ethanol and biodiesel. U.S. law requires billions of gallons of corn-based ethanol and other renewable fuels as a way to produce cleaner gasoline and slow climate change.

While acknowledging that “Americans are feeling a lot of price pain,” Watkins said in an email that she asked Granholm to “look closely at accelerating the permitting process” to increase oil production in the Gulf of Mexico, “while clearing a path for future wind development” off the U.S. East Coast.

Biden in recent weeks has criticized oil producers and refiners for maximizing profits and making “more money than God,” rather than increasing production in response to higher prices as the economy recovers from the pandemic and feels the effects of Russia’s invasion of Ukraine.

Responding to Wirth’s criticism, Biden said Tuesday that the oil CEO is “mildly sensitive,″ adding: “I didn’t know they’d get their feelings hurt that quickly.”

Biden’s push faces uphill odds in Congress, where lawmakers in both parties expressed skepticism and outright opposition. Many economists also are wary of a gas tax holiday.

High gas prices pose a fundamental threat to Biden’s electoral and policy ambitions. They’ve caused confidence in the economy to slump to lows that bode poorly for defending Democratic control of the House and the Senate in November.

Biden’s past efforts to cut gas prices — including the release of oil from the U.S. strategic reserve and greater ethanol blending this summer — have not delivered savings at the pump, a risk that carries over to the idea of a gas tax holiday.

The president can do remarkably little to fix prices that are set by global markets, profit-driven companies, consumer demand and aftershocks from Russia’s invasion of Ukraine and the embargoes that followed. The underlying problem is a shortage of oil and refineries that produce gas, a challenge a tax holiday cannot necessarily fix.

Granholm told oil executives that she hopes Thursday’s meeting will be part of an ongoing dialogue, the Energy Department said.