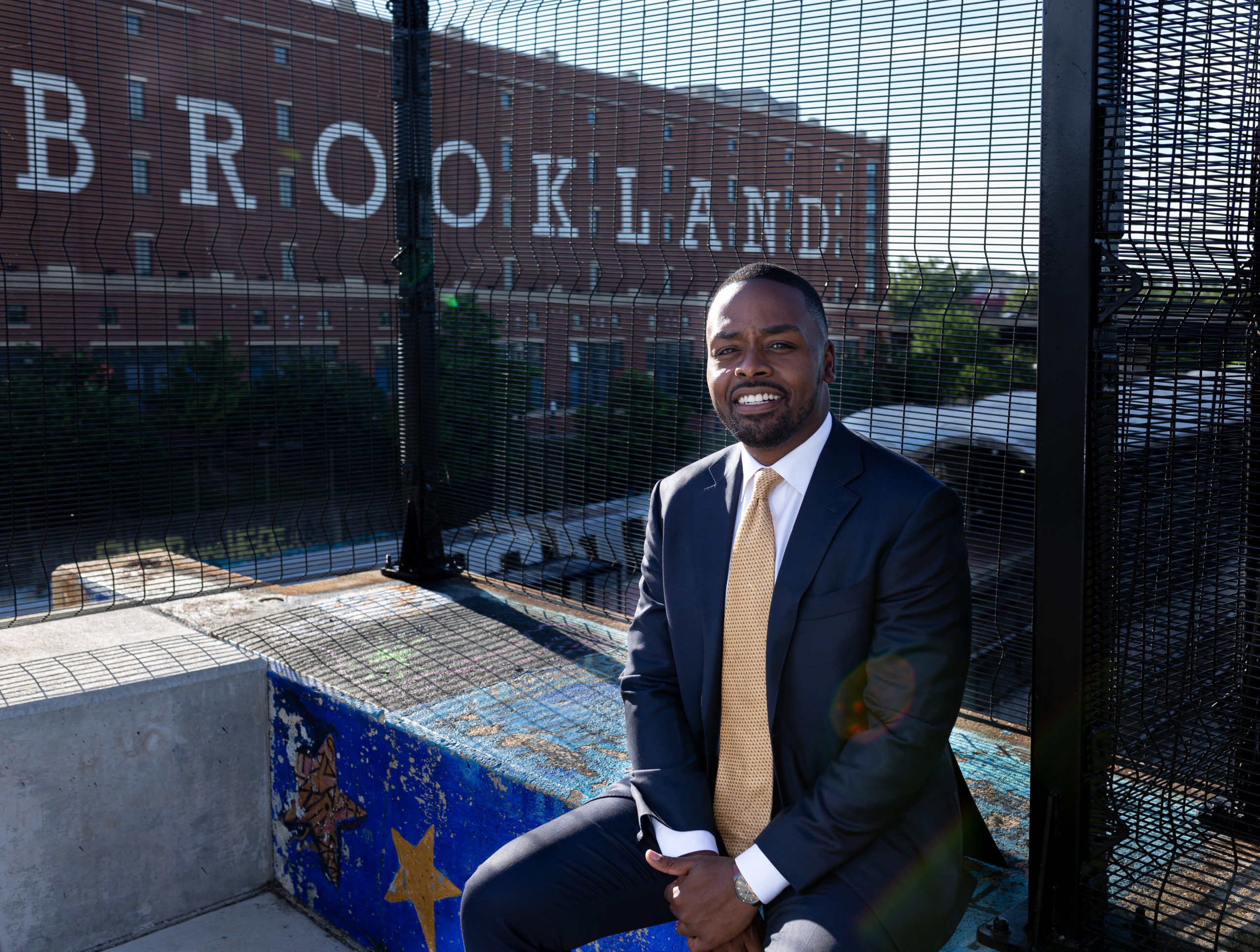 Zachary Parker wasn’t up against a Green Team incumbent in Ward 5, but in many other other respects, his convincing primary win sure feels a lot like the one Ward 4 Councilmember Janeese Lewis George pulled off two years ago.

In both cases, most politicos were expecting things to come down to the wire; instead, both won handily. The candidates themselves aren’t so different either: young, Black, and generally outspoken about their left leanings. Lewis George even endorsed Parker, one of just a few sitting elected officials to do so.

And perhaps most crucially, both benefited from a small army of volunteers from D.C.’s coterie of left-leaning groups, such as D.C. for Democracy, a constellation of labor unions, and the local chapter of the Democratic Socialists of America. The latter group alone says its 60 volunteers knocked on a total of 40,000 doors for Parker since late January—for context, there’s about 53,300 registered Democrats in the entire ward, per elections officials’ latest estimates. Loose Lips is beginning to suspect they’ve found a model for winning ward races that’s replicable.

“DSA has a very focused strategy and it’s clearly a smart one,” says Zach Teutsch, who helped manage Lewis George’s 2020 bid and supported Parker this time around. “They knew that if they could knock 30,000 to 40,000 doors it would be the difference in the race, and they were correct.”

It’s difficult to see what else could’ve helped Parker win so decisively. The candidates all raised pretty similar amounts of money via the city’s public financing program, so it’s not as if Parker had some huge cash advantage.

It wasn’t exactly a weak field either: Councilmember Kenyan McDuffie bowed out, but proven Ward 5 vote-getter Vincent Orange was in the race (for full disclosure, Orange is suing LL for defamation over several past articles). Gordon-Andrew Fletcher and Faith Gibson Hubbard have deep ties in community organizing there, too, and Gibson Hubbard specifically had the benefit of McDuffie’s backing (and the implicit support of Mayor Muriel Bowser’s administration).

Yet Parker won in a walk anyway, with his race one of the first called on election night (he beat second-place finisher Gibson Hubbard by more than 18 points, according to preliminary results). Parker himself says his message of “bringing change to Ward 5” plainly “resonated” with voters and put him over the top, but the on-the-ground organization was probably just as important.

Tom Lindenfeld, a longtime political strategist in the city who’s run organizing efforts for both Bowser and Adrian Fenty, suspects that Parker’s success in lining up that much volunteer support was the decisive factor. He rejects the notion that most voters care much about the moderate-progressive divide among D.C. Democrats, arguing that if a candidate can present as an “advocate” on issues people care about (and then reach people with that message at the doors) they don’t need a rigid ideology to win votes.

“There’s a reason why progressive people win: There’s a lot more of them knocking on doors,” Lindenfeld says. “If mail turned out voters, we would’ve had a million people voting. Mailboxes were filled everyday in wards with competitive races. But it was the canvassing that got people to come out.”

Of course, Teutsch cautions that those volunteers wouldn’t have come out with such zeal had Parker not won them over with his “extremely clear” support for issues that lefty groups care about. He wasn’t “wishy washy,” Teutsch says, so organizers were actually energized to devote so many weekends to hitting the doors for Parker. DSA, for instance, saw a clear example of a candidate who would “fight to create social housing, defend Initiative 82 and expand worker protections, invest in alternatives to policing, and raise taxes on the rich to fund housing and early childcare” and was inspired to support him, the group’s 10-member steering committee writes in a joint statement to LL.

“He doesn’t shy away from his values, but works really hard to find common understanding with people,” says Ed Lazere, an early supporter of Parker who helped him build credibility among progressives. “And it’s pretty clear he occupied a progressive lane by himself, while the other candidates were swimming together in much murkier waters.”

The real question for D.C. politicos is whether these tactics can work elsewhere. Progressives pulled off these wins in two very different wards, so there’s reason to believe it could happen again. What happens, for instance, if Ward 7 Councilmember Vince Gray decides to retire when his term expires in 2024 and sets off an open-seat contest there?

DSA’s steering committee argues that its last two victories were valuable not only for adding Parker and Lewis George to the Council but for “building the power necessary to win a harder race next time.” “Knocking a bunch of doors is never enough—making sure you can knock more next time is just as important,” the committee writes.

But can this success translate citywide? Progressives were heartened by Parker’s big win (alongside apparent victories by Ward 1 Councilmember Brianne Nadeau and Matt Frumin in Ward 3) but the races for mayor, Council chair, and the at-large seat were all disappointments. Lazere himself has seen how hard it is for a lefty candidate to win citywide, having lost races for chair and a different at-large seat in consecutive cycles.

Part of the problem for lefty groups is winning over poorer voters, particularly those living east of the river. Ari Theresa, an Anacostia activist and lawyer who backed Ward 8 Councilmember Trayon White’s mayoral bid, observed on Twitter that the city’s old guard was still very successful in precincts below the city’s median income.

“If progressives are for all D.C., lower income voters did not appear to believe it,” Theresa says in a tweet.

But Teutsch notes that the margins of victory for Bowser, Chairman Phil Mendelson, and At-Large Councilmember Anita Bonds all declined compared to four years ago (including those in wards 7 and 8). Lindenfeld agrees, seeing it as “perfectly possible” to run a progressive, citywide campaign based on door-to-door organizing with enough dedication. That strategy was a big part of Fenty’s success back in 2006, he notes.

The DSA certainly seems eager to try someday, arguing in its statement to LL that this ward-level work is “part of a strategy that gets DSA into a position to win things like the mayor’s office down the line.”

“By focusing on the ward-level race this cycle, we were able to talk to the same voters multiple times, build trust with them, and make it clear that Zachary was the people-powered candidate,” the steering committee writes. “We’re looking forward to eventually making that case again for DSA candidates citywide.”

Lazere and Teutsch both say that such an effort would really require finding the right person for progressives to back up with this organizing muscle. There aren’t any obvious answers just yet (maybe Lewis George someday, should she win again in 2024?) but recent success has them ready to start looking.

“It will not be that progressive organizations can anoint a candidate that’s going to win,” Lazere says. “It needs to be someone connected to the community, period. If that person does emerge, if there are people who have those deep community connections and the energy to connect with voters, I just think there’s a huge opportunity for a victory.”