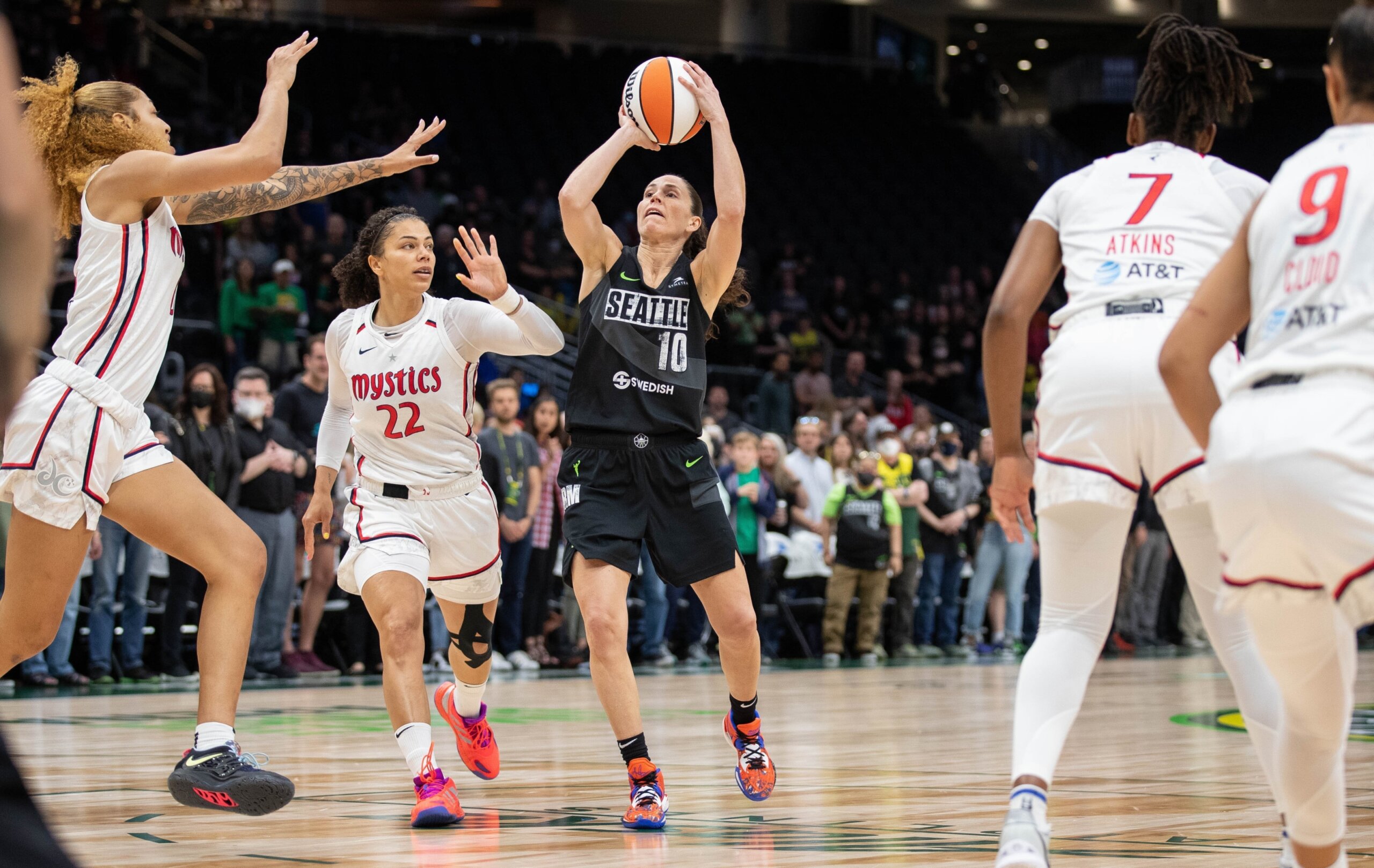 SEATTLE (AP) — Sue Bird scored 12 points and matched the WNBA record for victories in a career as the Seattle Storm beat the Washington Mystics 85-71 on Thursday night.

Bird, playing at home for the first time since announcing last week that she’ll retire at the end of the season, tied Minnesota star Lindsay Whalen for the most career wins with 323.

Washington pulled within 69-67 after consecutive 3-pointers by Elena Delle Donne and Shatori Walker-Kimbrough before Seattle went on a decisive 14-2 run and restored a double-digit lead.