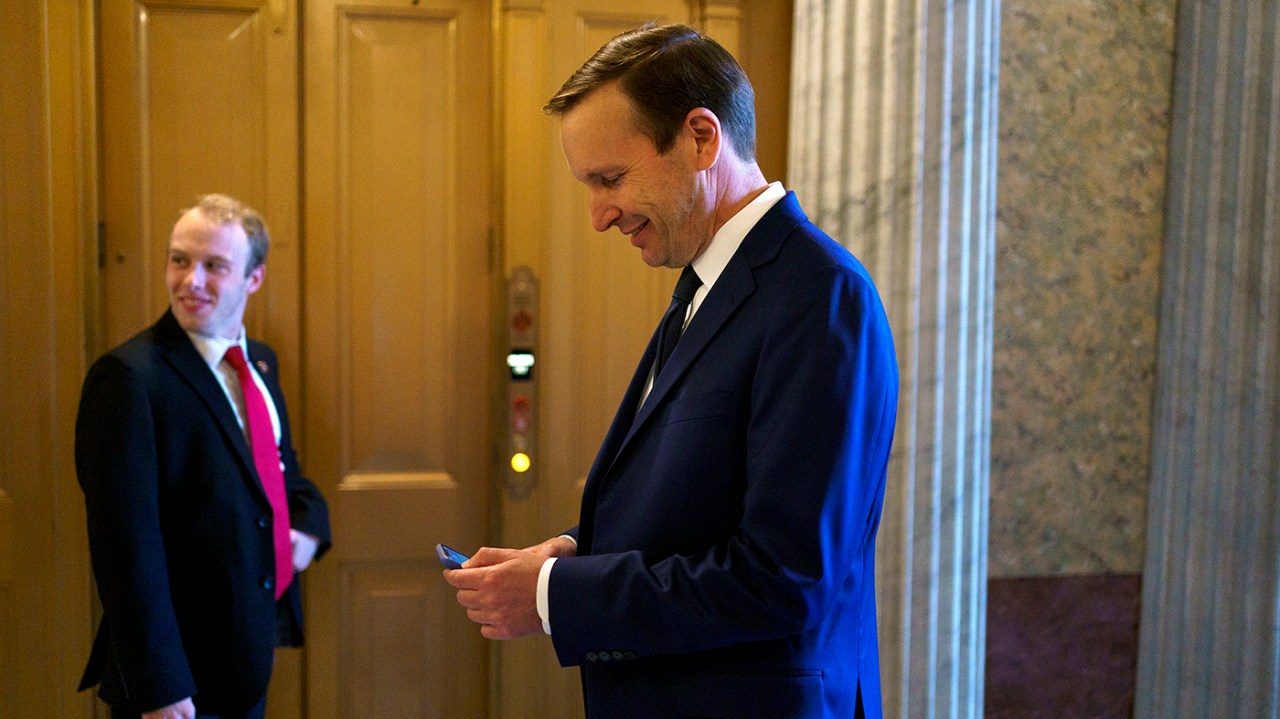 The Senate voted 65 to 33 Thursday evening to pass a bill to strengthen background checks for gun buyers younger than 21, provide billions of dollars in money for mental health treatment and help states administer red flag laws, setting up a vote in the House as soon as Friday.

The strong bipartisan vote for the bill is expected to give it enough momentum to sail through the House and make it to President Biden’s desk, giving him one of the biggest domestic policy achievements of his first two years in office.

Senators hailed passage of the legislation, which cracks down on straw purchasers and illegal gun traffickers and closes the boyfriend loophole to deny guns to romantic partners convicted of misdemeanor domestic violence offenses, as a bipartisan breakthrough.

Lawmakers on both sides of the aisle praised it as the most significant anti-gun violence legislation to pass the Senate in nearly 30 years. Congress has done little to crack down on gun violence since it passed the Brady Handgun Violence Prevention Act in 1993 and the crime bill in 1994.

It’s a moment of victory and redemption for Sen. Chris Murphy (D-Conn.) and other Democrats who tried and failed to pass legislation to curb violence after a 20-year-old gunman killed 20 children and six educators at Sandy Hook Elementary School in Newtown, Conn., in 2012.

This time around, Democrats led by Murphy scaled back their demands for bold gun-control reforms such as universal background checks and bans on assault-style rifles and high-capacity magazines.

Instead they sought to work with Republicans in private meetings, hoping to hash out a bipartisan compromise, before bringing legislation to the floor.

“The American people want their constitutional rights protected and their kids to be safe in school. They want both of those things at once, and that is just what the bill before the Senate will have accomplished,” McConnell said on the floor Thursday.

“This is the sweet spot,” he said. “Making America safer, especially for kids in school, without making our country one bit less free.”

McConnell told reporters shortly before the vote that passage of the bill would help Republicans make up lost ground with suburban voters, a crucial bloc of voters they need to win back a Republican majority in the Senate.

“It’s no secret that we lost ground in suburban areas. We pretty much own rural and small-town America, and I think this is a sensible solution to the problem before us, which is school safety and mental health,” he said. “I hope it will be viewed favorably by voters in the suburbs we need to regain in order to hopefully be in the majority next year.”

“Few could have anticipated we’d reach this point just a few weeks ago,” Schumer said, acknowledging the strong skepticism among Democrats about the prospects of reaching a deal with Republicans.

He called it “a long overdue step in the right direction.”

“It’s significant, it’s going to save lives, and it’s been a long time,” he said.

A turning point in the Senate debate came two days after the school shooting in Uvalde, Texas, when McConnell tapped Cornyn to lead the negotiations for Republicans. GOP senators saw it as a sign that McConnell wanted a result, something the senior Kentucky senator later confirmed.

Biden on Thursday applauded the Senate’s action and urged the House to get the bill to his desk quickly.

“I am glad to see Congress has moved significantly closer to finally doing something — passing bipartisan legislation that will help protect Americans,” he said. “I call on Congress to finish the job and get this bill to my desk.”

Schumer and other Democrats have expressed frustration and fatigue with votes to hold Republicans accountable on the issues but fail to change the law.

Soon after the Uvalde mass shooting, in which an 18-year-old gunman killed 19 children and two teachers, Schumer said he didn’t have much appetite to bring a bill to the floor that would be destined to fail.

“I believe that accountability votes are important but sadly this isn’t a case of the American people not knowing where their senators stand. They know. They know because my Republican colleagues are perfectly clear on this issue,” Schumer said the morning after the Uvalde massacre.

Not all senators hailed the legislation as a positive development.

Conservative Sens. Ted Cruz (R-Texas) and Mike Lee (R-Utah) took to the floor Thursday evening to voice their opposition to the legislation.

Cruz slammed it for funding red flag laws, which allow courts to seize firearms from people deemed to be a threat to themselves or others.

“These so-called red flag laws have been implemented in multiple states, and they enable the state to take away the right to keep and bear arms from law-abiding citizens. They render you vulnerable,” he declared in an impassioned floor speech, during which he raised his voice and banged his lectern.

Cruz said provisions in the bill “satisfy the Democrat political priority to go after the Second Amendment right to keep and bear arms of law-abiding citizens,” repeatedly calling it a “Democrat bill” even though it was negotiated by Democratic and Republican colleagues.

Lee criticized negotiators for not revealing the bill’s text until Tuesday evening, shortly before the Senate voted to proceed to the measure.

“No one except a small gang of senators and a few favorite members of the news media — no one was allowed to view the legislation until Tuesday evening,” he complained.

Asked to respond to Cruz’s pointed criticism of the legislation and whether it augurs a conservative backlash down the road, McConnell declined to comment.

McConnell previously pointed to polling that showed a majority of gun owners supported to the provisions of the bill.

He noted that 79 percent of gun owners support federal funding for states to implement red flag laws, 86 percent support prohibiting someone from purchasing or owning firearms who has been convicted of domestic violence against a boyfriend, girlfriend, spouse or significant other and 87 percent support making criminal and mental health records of juveniles available to the National Instant Criminal Background Check System.