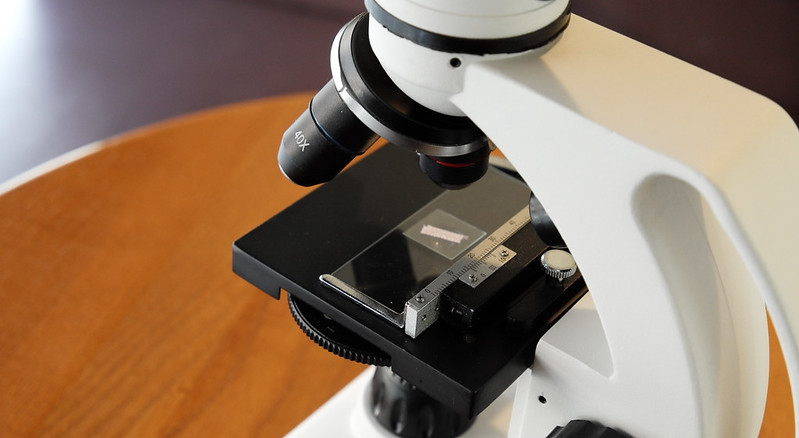 The D.C. Council heard testimony Thursday on a proposed bill that would overhaul the city’s crime lab. Ward 6 Councilmember Charles Allen, who chairs the committee that oversees the lab and who introduced the legislation along with several other councilmembers, stressed during the hearing that he feels strongly about wrapping up edits to the bill this summer and passing it through the Council this fall.

The legislation would remove the Department of Forensic Sciences from the city’s executive branch and instead make the lab an independent agency. It would also restructure the agency’s advisory board and require more technical and quality assurance experience of its members. The bill also changes the process for reporting and responding to allegations of professional negligence, misconduct, and testing errors. And it would require the agency’s advisory board to make public certain correspondents and reports about investigations into misconduct.

The bill is a response to serious complaints about D.C.’s crime lab, which lost its accreditation last year. Investigations over the course of the last two years surfaced poor management, inexperienced staff, and a culture that “discouraged candid feedback.” On top of that, issues at the lab have raised questions about the accuracy of its analysis of crime-related evidence – to the point where D.C. officials have agreed to conduct a sweeping review of at least a decade’s worth of cases to see if errors at the lab led to wrongful convictions.

In the absence of an accredited and trusted crime lab, the District’s criminal justice system has been using private and federal labs to handle evidence. The U.S. Attorney’s Office, for example, disclosed in written testimony Thursday that outsourcing contracts for firearms examination, fingerprint examination, and expert testimony in the absence of a trusted local lab has cost it millions of dollars.

Advocates, forensic science experts, representatives of prosecutors’ offices, and defense attorneys who testified Thursday supported much of the bill, as well as the intentions behind it. But during the hearing, they raised concerns about some of the details. The Public Defender Service of D.C., for example, asked for the bill’s transparency provisions to go further, and argued that the lab should be required to make all of its validation studies public. PDS, along with someone who testified on behalf of the Innocence Project, which works to reverse wrongful convictions, also argued that the agency’s review board should be specifically required to include a defense attorney.

Others testified that some of the transparency provisions may need to be curtailed.

James Carroll, the Assistant Director of the Los Angeles County Sheriff’s Department’s Crime Laboratory who D.C.’s Office of the Attorney General and U.S. Attorney’s Office hired to help audit the lab, wanted to make sure that the names of staff were redacted from public records disclosing lab errors.

“Self reporting by staff is the most common manner in which issues come to light,” said Carroll. “In order to create an environment in which staff are comfortable self-reporting, you have to redact personally identifiable information from the publicly released records.”

Some prosecutors, attorneys, advocates, and forensic experts who testified also emphasized that they wanted the legislation to require a scientist to head the lab — and not necessarily someone with D.C. government and management experience, as the legislation currently stipulates.

Additionally, some of the experts who testified wanted to tweak other membership requirements of the new Scientific Advisory Review Board, which would investigate lab errors and work to guarantee high scientific standards at the crime lab.

And prosecutors raised questions about provisions in the bill that require the lab to provide certain information to defense attorneys at the same time as prosecutors.

But while many public witnesses and government witnesses at the panel came with detailed lists of suggested changes to the bill, a representative for D.C. Mayor Muriel Bowser was more vague about the administration’s stances – which emerged as a moment of contention in the hearing.

In his testimony, Deputy Mayor for Public Safety and Justice Chris Geldart offered few details on changes he would suggest to the legislation, but he said that “more discussion” and further hearings would be needed to sort through details.

Geldart said that the bill before the Council was “not that far at all” from what the Bowser administration was envisioning for a restructuring of the Department of Forensic Sciences. Still, when pressed by Allen, Geldart declined to offer specifics on what exactly would change. When Allen asked him whether Bowser had a position on whether the Department of Forensic Sciences should be an independent agency, as proposed in the legislation, Geldart did not take a firm stance.

“I think that the executive is open to the discussion on whether it’s an independent agency, but what does that mean? Who has the oversight?” said Geldart. “We are not opposed to an independent entity with a board that’s over it … I want to have this conversation. We have not landed on, ‘This is what we believe is the perfect [solution],’ because we are only one of the stakeholders in this moving forward.”

Allen countered Geldart’s responses by saying that the Council had held five hearings on the future of the troubled Department of Forensic Sciences in the last year and a half.

“Every other stakeholder is coming in with specific responses, specific recommendations to the legislative language,” said Allen. “Characterizing this as saying you need more hearings I don’t think is correct, and we’ve clearly had five hearings now to work on this.”

Geldart responded by saying he wanted to work out details about how leadership and oversight should work over the summer. He said he would be glad to share the administration’s exact positions in writing, but did not elaborate further on specifics during the hearing.

“Do we have a position? Yeah. Am I willing to say, ‘It has to be this?’ No,” said Geldart. “My impression was we were going to have the opportunity to work with you on this in the summertime.”

Those who testified before the council, as well as other experts on forensic science, also emphasized that it will take more than legislation to fix issues at D.C.’s crime lab. For example, they say, implementation is key.

“The design of this bill is intended to create an infrastructure that permits transparency. And we’ve seen so many times over the course of the last few years how lack of transparency or holding on to information without providing the full information that’s available has impacted the laboratory,” Sarah Chu, the senior advisor on forensic science policy at the Innocence Project, told DCist/WAMU. “We will be really interested in following along as the leaders are hired, as the laboratory gets back to work, how this actually gets implemented in real life.”

Chu also noted that there are certain outcomes legislation can’t produce on its own — like the culture of the laboratory, and how free examiners feel to come forward with problems.

The legislation also cannot fix some of the scientific disputes that cloud the field of forensic sciences more broadly. For example, Chu said, the scientific community doesn’t even necessarily agree on standards for firearms analysis.

“There are researchers who are working really hard right now to address the foundations of the firearms comparison discipline, as there is a lot of debate among the researchers and practitioner community about what is scientifically established and what hasn’t been as rigorously established,” said Chu. “But this is upstream of what any laboratory can actually manage.” Chu added that in D.C. and across the country, labs “really need the federal scientific agencies to step in” to help settle some of those open scientific questions.

“We’re in this place where no matter how many controls we put in place in the laboratory, if courts are willing to accept any type of science, or a type of science that has been called into disrepute in recent years through further scientific analysis, the improvement of the laboratory … won’t stop the inclusion of that evidence in courts,” said Erb.

And then, there’s also the question of recruiting the right director to lead the Department of Forensic Sciences out of its crisis.

Longtime D.C. criminal justice reformer Samuel Harahan told Allen during Thursday’s hearing that the District will likely have a difficult time finding a seasoned professional who’s eager to come to D.C. after the lab’s public failures.

“We’re going to be in a tough situation of recruiting the right type of leader,” he testified.

In closing the panel, Allen also acknowledged that “passing one piece of legislation isn’t going to be the end of this.”

“I think it can make a significant change and reform, but we know it’s got to go deeper than that.”