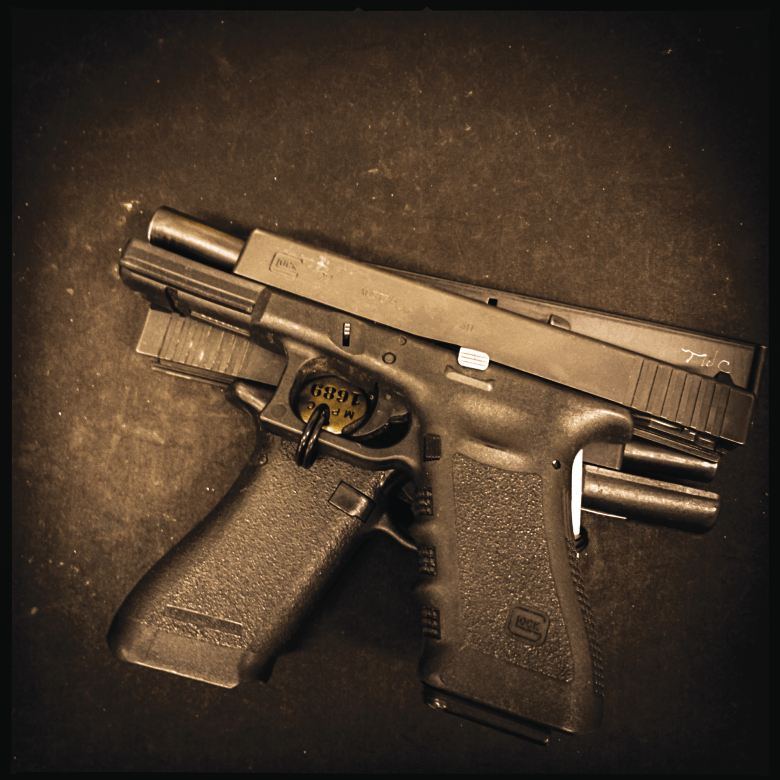 After a string of shooting-related deaths last weekend, the District surpassed 100 homicides this year. The current count is 14 percent higher than it was around the same time last year, according to police data, a total of 104 homicides as of Thursday. Yesterday the T.R.I.G.G.E.R. Project, a nonprofit aimed at changing the norms around gun violence, and other community orgs hosted the second annual End Gun Violence Citywide Conference at Martin Luther King Jr. Memorial Library to hear the experiences of residents affected by gun violence and strategize solutions and coping strategies.

At the conference, emceed by Tia Bell of the T.R.I.G.G.E.R. Project, spoken word, a healing yoga session, and voices of survivors set the tone. In a “Voices of Gun Violence” roundtable facilitated by Leonard Smith of the Sober Living Project, survivor Ashley Prentice said she was hit in her face by a bullet at age 11. Survivors Queen Afi, Chapeale, and Ar’Dinay Blocker talked about the trauma of losing close ones and confronting their own retaliation or losing their way.

Rahim Jenkins, CEO Director of National Center for Juvenile Justice Reform, stressed the power of culture, not just policy, to change gun violence in the District. He stressed the need to hold dialogue about preserving community for and among Black residents instead of catering to “[thugs] with slick words coming out your mouth.”

D.C. entrepreneur Jimmie Jenkins spoke about the importance of young Black men seeing positive “images of themselves, and know that it’s possible to make it out.”

Dr. Warees Majeed, of the gun violence prevention organization No Slide Zone, said the same issue kept popping up in conversations with other attendees: the lack of recreation opportunities, particularly for youth in communities disproportionately affected by gun violence. Other attendees emphasized the need for more economic opportunities, conflict resolution skills training, mediation centers for young adults to turn to when they’re facing threats, and additional support for the affected individual or family.

David Marimon, policy and research analyst at the DC Criminal Justice Coordinating Council, shared their analysis of every homicide case in the District for the past two years. The research found that most gun violence in D.C. is “tightly concentrated on a small number of very high-risk young Black male adults that share a common set of risk factors.” Marimon also shared an accompanying gun violence reduction strategic plan, which recommends a focus on early intervention in the lives of D.C. youth, the need to create community resource hubs, enforcing regular reviews of shootings and streamlining information systems, among other suggestions.

At a live talk on public safety with the Washington Post on Tuesday, Linda K. Harllee Harper, D.C.’s director of gun violence prevention, repeated the administration’s goal of focusing on 200 people they’ve identified as most at risk of participating in gun violence or being harmed by it. Harllee Harper said they aim “to focus on the whole person and to look at employment opportunities, mental health services, to do a public health approach to address those that we know need it the most.”

She called for people to “reimagine the role of police” and referenced the 911 mental health diversion pilot the city launched and extended last year, as well as the violence interrupters program, which was expanded around the same time.

There isn’t yet enough evidence that the 911 diversion pilot is effective in D.C. There’s also a lack of concrete data that violence interrupters are helping curb local gun violence, according to a report by the D.C. Auditor this month. But Harllee Harper said it’s important for law enforcement and these other players to work together to address violence. Homicides in D.C. have steadily increased for the past 10 years.

“There has to be an understanding that neither side can give all the information that they have, but we have to respect what each other’s roles are,” she said Tuesday. “And I think that we’re getting close here in the District.”