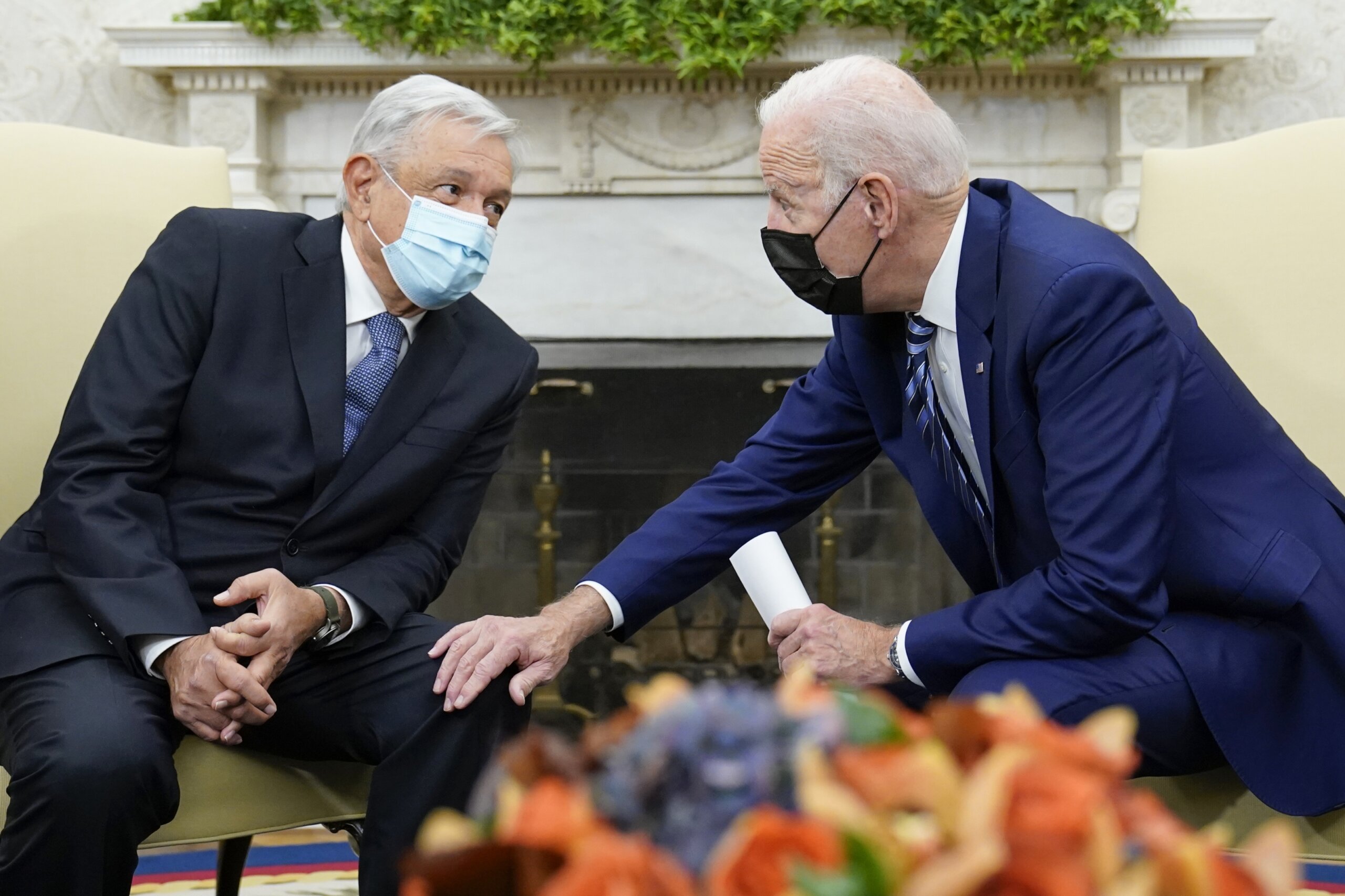 President Joe Biden plans to meet with Mexican President Andrés Manuel López Obrador on Tuesday for discussions the White House says will showcase the underlying strength of a relationship that of late has been more notable for the leaders’ disagreements on issues including energy and Ukraine policy.

WASHINGTON (AP) — President Joe Biden is meeting with Mexican President Andrés Manuel López Obrador on Tuesday for discussions the White House says will showcase the underlying strength of a relationship that of late has been more notable for the leaders’ disagreements on issues including energy and Ukraine policy.

López Obrador declined Biden’s invitation to the Summit of the Americas in Los Angeles last month after unsuccessfully urging the U.S. to include the leaders of Cuba, Nicaragua and Venezuela — all countries with anti-democratic regimes. The Mexican leader also has called U.S. support for Ukraine in its war with Russia “a crass error” and criticized the U.S. for moving more swiftly to provide military funding to Ukraine than financial aid to Central America.

There also are political crosscurrents in Washington, where top Republicans have pointed to a rising number of people from Mexico and Central America crossing the southern U.S. border illegally and have criticized the Democratic president’s administration for not doing more to curb the migration.

Senior Biden administration officials say that the U.S.-Mexico relationship is a priority and that the countries plan to announce joint actions to modernize and improve infrastructure along key parts of the 2,000-mile (3,200-kilometer) border, enhance law enforcement cooperation against fentanyl smuggling and promote clean energy.

They also plan to announce a working group to promote more avenues for legal migration by workers, discussions that the officials said they hope could eventually be expanded to include labor from other countries.

In a preview call with reporters, administration officials declined to specify which visa programs might be expanded to bolster legal migration or by how much. They said the agreements set to come out of the meeting were more about demonstrating cooperation than announcing specific numbers.

The officials also didn’t say whether the Biden administration will urge Mexico to do more to stop people heading through its territory to then cross into the U.S. illegally — a key demand of Biden’s predecessor, President Donald Trump. Instead, the officials said Mexico and the U.S. are equal partners on immigration, and both countries had already previously committed to bolstering mechanisms for processing arriving migrants who ask for asylum, while more efficiently expelling those who don’t qualify.

Vice President Kamala Harris, who has been tasked with exploring the root causes of immigration across Latin America, hosted López Obrador for a breakfast that featured mutual kind words. Speaking with Mexico’s president outside the Naval Observatory, which is the vice president’s residence, Harris referenced her past visits to his country.

“The time that I spent with you in Mexico was so special to me,” she said, noting the “friendship that has been so important to both nations.”

“She is our friend,” López Obrador said. “But also a woman with principles. An intelligent woman. Honest. She is a partisan of equality. So I congratulate the American people because they have a first order vice president. … We have always been speaking for the benefit of our peoples and both of our nations. Today we are going to do exactly the same thing.”

Also as part of the day’s activities, first lady Jill Biden was taking her Mexican counterpart, Gutiérrez Müller, on a Library of Congress tour.

But Biden and López Obrador are farther apart on other key issues.

Mexico’s president also has been more vocal about attempting to tamp down inflation than curb climate change or promote energy efficiency. U.S. officials want him to retreat on his reliance on fossil fuels and his efforts to prioritize his country’s state-owned electricity utility at the expense of foreign-built plants powered by natural gas and renewable energy, another topic that could come up.

López Obrador has repeatedly criticized the Biden administration, including decrying U.S. efforts to extradite Wikileaks founder Julian Assange from the U.K. for prosecution. He has vowed to bring up the topic during Tuesday’s meeting, and Biden officials say they are ready to discuss it.

This story has been corrected to show Jill Biden, not Kamala Harris, would tour the Library of Congress with Mexico’s first lady.