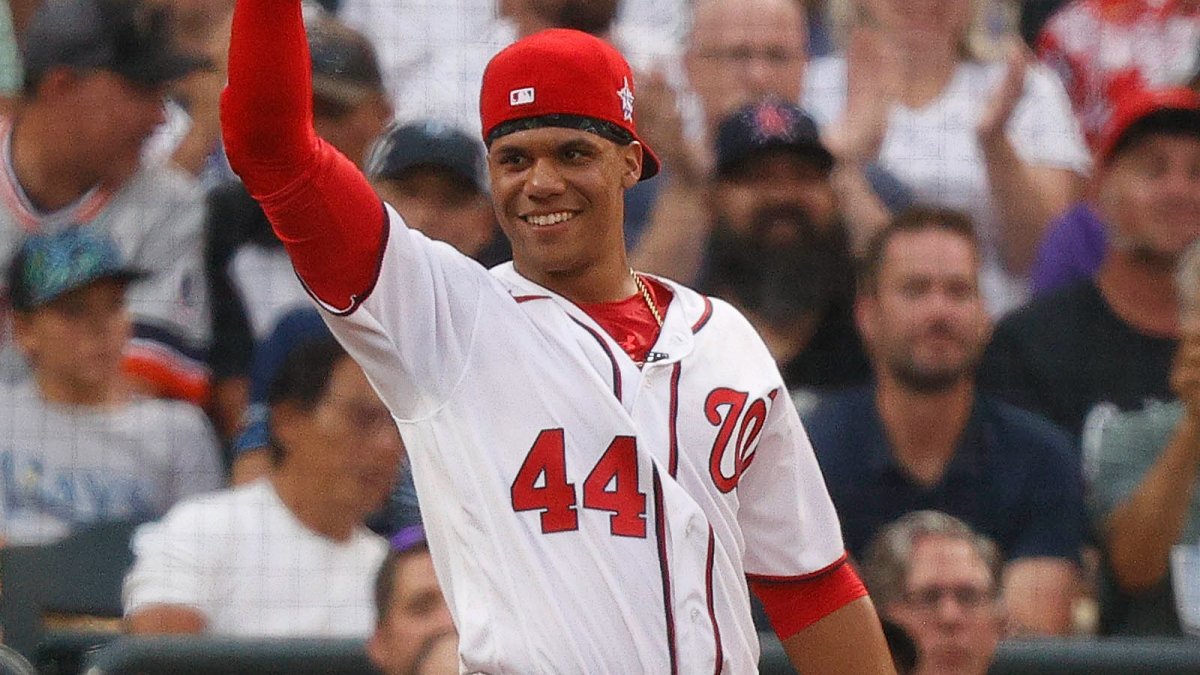 For the second straight year, Juan Soto will have a chance to showcase his power-hitting at MLB All-Star weekend. The Washington Nationals announced Tuesday morning that Soto will compete in the 2022 Home Run Derby in Los Angeles.

Shortly after the announcement, Soto took to Instagram to express his delight in making back-to-back appearances at the event, posting a cool montage captioned, “Ready & excited to be part of the 2022 home run derby!! Get ready for the show.”

Soto, 23, is one of four confirmed contestants thus far, including Pete Alonso (the defending Derby champion), Ronald Acuña Jr., and Albert Pujols. The Nationals’ phenom’s 17 home runs on the season bodes well for his chances at the Derby, as he trails only Alonso’s 23 thus far for most out of the announced participants.

Soto put on quite the show in last year’s Derby. He was pitted against L.A. Angels’ power hitter and pitcher Shohei Ohtani in a first-round showdown. It required two overtime periods, but Soto emerged victorious after his 31 homers narrowly outlasted Ohtani’s 28.

“It was great. He gave everything he had, I gave everything I had and it just went my way,” Soto said shortly after the round. “It’s a fun competition, like I said with everything today, thank God I got the win but we’ve got a long way to go now.”

Soto also broke the Derby record in 2021 with a towering 520-foot bomb, the longest in the history of the competition. It was a patented Soto no-doubter.

The batting practice event last year proved to be beneficial for Soto in other ways, too. In the week following the competition, Soto went 7-for-13 with a double and three home runs in just three contests. He even credited his participation in the event for his post-Derby surge.

“I just feel so much better now,” Soto said that week. “I think the derby helped me out big time…I was thinking about it, and it really helped me a little bit get that feeling of how to put the ball in the air and everything.”

Nats fans will hope Soto can replicate the magic he showcased both during and after the Home Run Derby last year. The D.C. slugger is slashing .243/.398/.871 so far this season with 17 homers in 85 contests, as the Nationals sit last in the NL East with a 30-58 record on the campaign.